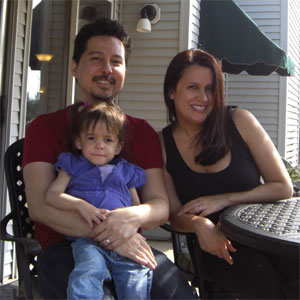 I’m co-founder and CTO of mosojo, which makes the BeatCam app for iPhone and the AppMixable platform. I’m primarily a software developer/architect, tho mostly I do whatever is needed to make our products/services better (full-stack development, mobile app development, video/image/audio processing, growth hacking, etc)

Prior to mosojo, I created eTonal Media, Inc. which operated the WholeNote.com website for guitarists, the ActiveBass.com website for bassists, as well as ActiveMusician.com, an on-line retail musician store, and FunkyKids.com, an on-line toy and musical instrument store.  eTonal’s sites received accolades from such publications as The New York Times, Guitar Player magazine, Acoustic Guitar magazine, and Bass Player magazine.

Before that, I spent time at Yale’s Center for Studies in Music Technology (CSMT), the Banff School of the Arts, MIT Lincoln Laboratory, the Berklee College of Music, Microsoft Research, Interval Research (RIP), and Organic.

Together with Sean Kelly, I have a US patent in the field of music technology which was the basis for both our thesis in grad school and the Wholenote.com site.  From 2003-2011, I taught the Dynamic Web Development course at the Interactive Telecommunications Program at NYU, which focused on the LAMP approach to web-based applications, along with jQuery, web services, Facebook apps and the like.

When not playing the occasional gig in NYC, I can be found entertaining at the neighbors’ pool parties with my guitar and fair-to-middling voice, or for my wife and daughter with a combination of Beatles and Taylor Swift tunes.